The Undetectables | Learn the Facts

Here are some frequently asked questions about becoming undetectable

What is a viral load?

An HIV Viral Load (also known as “VL”) is the amount of HIV that appears in the bloodstream. An undetectable viral load means lower amounts of the HIV virus are present. The lowest levels of a detectable viral load is about 40-75 copies of HIV per milliliter of blood. The highest measure can be over 500,000 copies of HIV per milliliter. Remember — being undetectable is a huge achievement and means that your body is responding well to medication and ongoing treatment, but don’t forget to follow up once you’ve reached undetectable status to make sure that your viral load is still under control.

What does viral suppression mean? 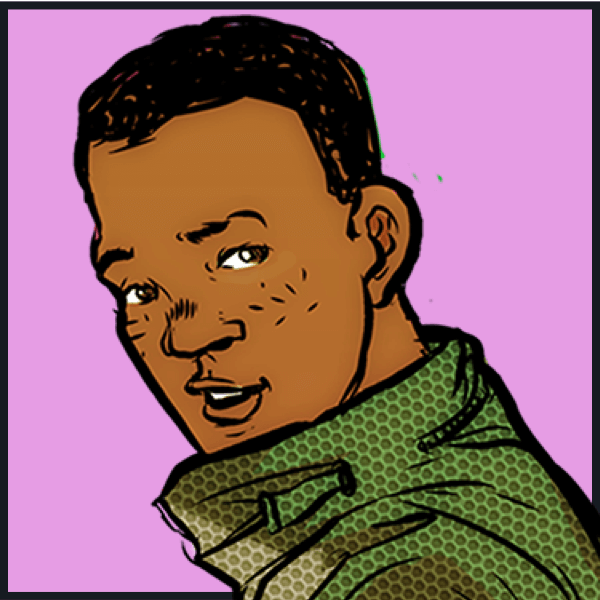 Suppressing your viral load means using HIV medication (antiretrovirals) to control the virus and put it in its place. Research focusing on HIV and viral load suppression is happening every day — meaning that more accurate tests and treatment are always within reach.

What does suppressing my viral load mean for other people?

Having an undetectable viral load for at least six months and continuing to stay on medication means you are not putting your partner at risk. Consider having an open conversation with your partner or a friend you can trust. Let them know how you’re feeling, what you’re scared of, and how they might be able to help you continue making healthy choices. Becoming undetectable is a process – so be patient with yourself, and ask others to do the same for you.

How did The Undetectables suppress their viral loads?

We found that in our personal experience, taking our medications, getting our viral loads as low as possible, and keeping a high level of responsibility over our health has helped us hone and channel our powers, making us even stronger. We became undetectable to prove that we’re heroes to ourselves and to the community around us.

What does suppressing my viral load mean for my community? 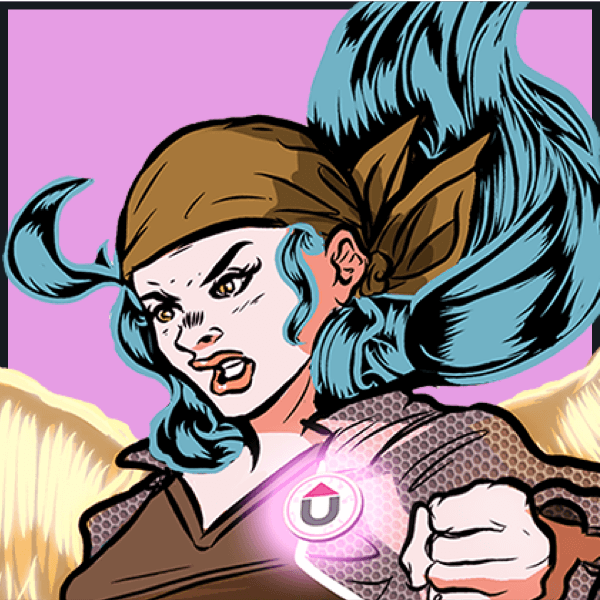 Becoming undetectable is a process with a cascading effect that influences everyone in your community. When you take the first step to seek treatment, you give others the green light to seek treatment for themselves, too. That’s what being a hero is all about — being brave enough to take that first step so that you play a critical role in ending the HIV/AIDS epidemic for everyone. Once you begin treatment to lower your viral load, you’ll begin to see others taking steps toward positive change and feel like a superhero, just like us.

Why isn’t everyone undetectable?

Adherence to HIV meds isn’t always easy. Issues of stigma, disclosure, substance use, mental health issues, or even other medical conditions can make it difficult for someone to adhere to their HIV medications.

When it comes to lowering your viral load, is it possible for everyone to reach <50 copies per mL?

Viral suppression isn’t one size fits all — the amount of HIV virus detected in your body will always be different than someone else’s, kind of like how two fingerprints are never identical. While your lowest point of viral suppression might be <50 copies per mL, someone else’s might be 200 copies per mL. Lowering your viral load as much as possible for your body is what helps you reach undetectable status.

I’m scared to take the first step in obtaining treatment. What should I do?

Here at Housing Works Community Healthcare, all newly diagnosed HIV-Positive clients are referred to the Care Coordination Program. That means the team will make sure you’re receiving the correct treatment, getting and staying connected to your primary care provider, while also answering any questions you might have about HIV/AIDS. A medical case manager and even an HIV counselor are available to assure you that these feelings are normal, and that you’re not alone!

Why should I see myself as a hero rather than a victim? 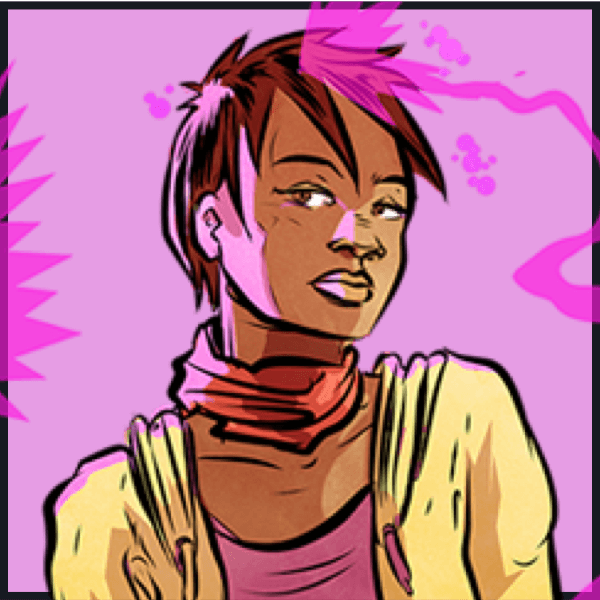 Seeking treatment for HIV isn’t something to be ashamed of — it’s something to be proud of. Caring for your health has a cascading effect. Once you take action, you give others the opportunity to take charge for themselves, too. That’s what makes a hero a hero; someone that empowers others to find their own strength.

How do I build momentum during treatment to ensure that my viral load continues to lower?

Did you know that 86% of those aware of their HIV status linked with care successfully lowered their viral load? The first step upon diagnosis is to reach out to an organization like Housing Works Community Health Care that can coordinate your best care plan. From there, success in lowering your viral load comes from two primary factors: routine visits to your doctor and commitment to your antiretroviral medications. Think of these as your superhero powers! Put together, they can lower your viral load for life — but only if you commit to a continuum of care and regularly follow up with your treatment.

What should I do when I experience setbacks or disappointments in my treatment?

Remember, the entire Undetectables community has your back! There have been countless others who have successfully suppressed their viral loads, and now, they’re here to help you suppress yours. Organizations like Housing Works Community Healthcare are leading the conversation on HIV/AIDS, while securing funding and government support in order to make medical treatment and medications available to all, regardless of age, gender, sexual orientation or living conditions.

Who are the people that will help me become undetectable?

Everyone at Housing Works Community Healthcare plays a crucial role in working with clients to become undetectable. As an organization, Housing Works consists of volunteers, peers, case managers, and programs that provide support and education on becoming undetectable. We’ve also launched the Viral Load Suppression (VLS) program, designed to support an individual’s health by helping them regularly take their antiretrovirals as prescribed by their doctor. Our clients can enroll in the program to receive a range of adherence tools, such as pillboxes or medication organizers, pharmacy support (like automatic refills or delivery), and electronic reminders such as texts, emails, alarm clocks or calendar alerts.

Once my viral load is under control, how do I stay undetectable for life?

Taking your medicine regularly, following up with your provider and living a healthy lifestyle including diet and exercise are the key components to staying undetectable.

I have a friend that’s struggling to seek treatment. I think they might be overwhelmed. How do I help get them what they need?

Your friend might be feeling isolated, scared, and stressed, in addition to being overwhelmed by the amount of information available regarding medical treatment.

First things first: try to be an outlet for them to express their feelings. Judgment-free listening and gentle support can help immensely, especially after an initial diagnosis. Before you offer your support, be sure to have a basic knowledge of HIV and the types of treatments that are available to treat it.

When your friend is ready, ask them if they’d like help in seeking treatment. You may recommend a resource center like Housing Works Community Healthcare, a trusted partner to the HIV/AIDS community, offering a variety of lifesaving services like medical care, dental care, behavioral and mental health treatment, counseling and care management, support services, and housing resources.

We’re here for you anytime you need us. Find all of our contact information here.

How can people who aren’t HIV-Positive help fight alongside The Undetectables? 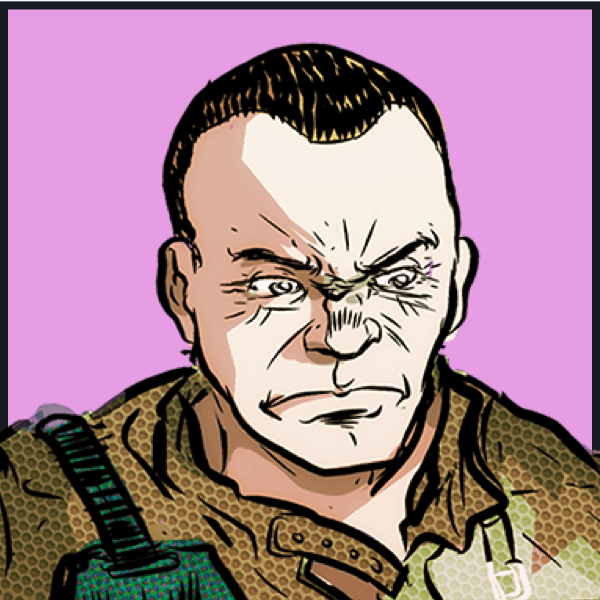 Even heroes need help! Whether you’re a book lover, a fashionista, a budding sales executive, or an activist who thrives on making change possible, your energy will help spread awareness about HIV and AIDS prevention. Click to learn about ways to get involved.

We have the power to make AIDS history by 2020! Housing Works’ AIDS-FREE Campaign is a collaborative, multi-year advocacy program committed to ending the epidemic:

In June 2014, Governor Andrew Cuomo announced a three-point plan to End the AIDS Epidemic in New York State by 2020. In order to achieve that goal, we need to achieve two main objectives in the next five years: 1) reduce annual new HIV infections from approximately 3,000 to fewer than 750 and 2) to double the number of HIV-positive New Yorkers who are virally suppressed, or undetectable from 68,000 (44% of all HIV-positive New Yorkers) to 136,000.

In October, the Department of Health appointed a 63-person Task Force of experts from around the state who met regularly for three months to craft comprehensive recommendations for Ending the Epidemic. The resulting Blueprint, formally accepted by the Governor in April 2015, articulates 30 recommendations for the State Plan to succeed and also includes seven recommendations for “Getting to Zero” HIV infections. We can all play a part in getting to an AIDS-Free New York by supporting the Blueprint recommendations and making sure our legislators provide the resources needed to implement the Plan fully.

New York has been at the epicenter of the AIDS epidemic since the beginning and is a national leader. If the effort is successful in New York, we're more likely to see other states follow that lead. Since New York made its historical commitment, two other states, Washington and Minnesota, also made declarations to either ending the AIDS epidemic or getting to zero new HIV infections. Thirteen other states (CA, CO, CT, HI, ID, KY, MA, MD, NM, NV OR, RI, & VT) have similar conditions conducive to making a commitment.

We can do this. We have to do this.

Will you help us end the HIV epidemic? Read more about how we’re fighting for better testing, better treatments, and better healthcare for those seeking to become one of The Undetectables.

How long does it take to achieve viral suppression?

How often should someone with HIV see their doctor to get their viral load tested?

Continued viral load monitoring is necessary to stay healthy and stop HIV transmission. Most doctors recommend having a viral load test once every six months.

What about condoms or PrEP?

Condoms or pre-exposure prophylaxis (PrEP) are not necessary to prevent HIV when the partner living with HIV takes medication as prescribed and has a suppressed or undetectable viral load. However, having a suppressed or undetectable viral load only prevents HIV, not other sexually transmitted infections (STIs) or unintended pregnancy. Condoms or PrEP can be added in cases where either partner is looking for an added sense of security.

Isn't there still HIV in semen?

When HIV is undetectable in the blood, there may still be traces of HIV RNA and DNA in the semen. This does not mean that a person can transmit HIV. A person living with HIV still cannot transmit HIV, even if there is HIV in the semen, as long as they take their medication as prescribed and have a suppressed or undetectable viral load.

Tell me more about the U=U science

U=U is a global campaign endorsed by a growing community of over 700 experts, public health bodies, and HIV organizations from more than 100 countries. Join the community and raise awareness about U=U today! 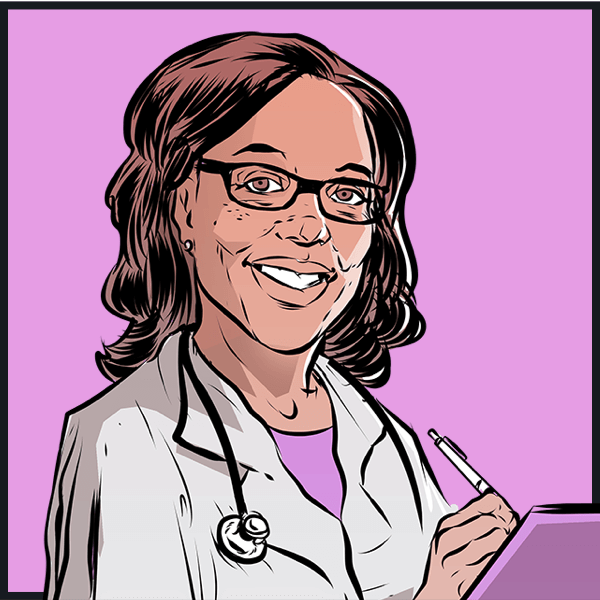